For my husband's last birthday (which was last September so I'm going off memory here), I wanted to surprise him with an Edmonton Oilers cake. For the most part, I thought it turned out decent enough and not a complete fail. But my husband thought it was the most awesome cake ever and it earned me the "You're the Best Wife in the World!" award. I think it was mostly because I presented him with "Oilers logo on chocolate" and the "Thought" of it, but he still insists it was the best cake ever. So for that, I call it a success!

However, there were a lot of mistakes made and I will point out some tips of what not to do. First of all, it isn't a good idea to rush a FBCT at anytime. I was burning the midnight oil on this one and was very tired so I was pushing myself. Second, it was my first time working with words within the transfer itself. There were several straight lines at the bottom of the text and I don't have the steadiest of hands (especially when I am tired). Plus I clumped too much icing into it. So all that made the design turn out to be very jagged


As you probably noticed, there are also a couple of spots in the "L" that didn't get filled. I will get to that later.

The How-to:
Might want to also check out the tutorial at Cake Central as a follow-along reference as well. They will cover more details that I may have missed.

To start off, here is the logo I used (larger image found here) 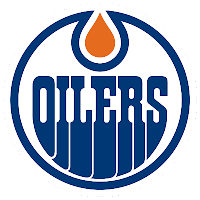 I saved the logo to my computer and then used Paint Shop Pro to create a mirror image. This is an important step! You have reverse the image or else your letters will turn out backwards on your cake. If it's just a picture, then it really doesn't matter unless it's a personal preference.

After that, I printed the logo on regular paper as a full page photo (make sure you deselect "Fit picture to frame." That way the image won't be cut off). Gray scale is fine; you don't really need the colors unless you need it for reference.

Then, I took my handy-dandy cutting board and taped the corners of my page with the logo onto the center of the board. After that, I laid a single layer of wax paper and taped that to the board as well. That way, none of my papers will be sliding about while I am tracing.

This is is what it looked like with the wax paper on top of the image I traced. I personally like to make sure the wax paper is larger than the image paper. You can see it in the picture. 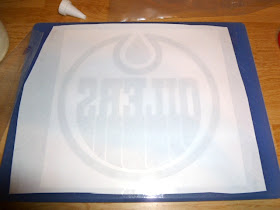 Then I filled them in. This is what it looked like: 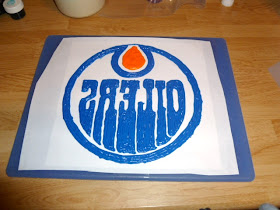 At this point I am pointing out how thick and jagged it looks because, like I said, I was rushing and not using the proper pressure with the icing. Plus, I found this design kind of difficult because there were a lot of straight lines that were fairly close to each other. That, combined with improper icing tip size, caused the lines to look very unclean and thick. I made my own icing bags using wax paper and I cut too much off the tip, creating a bigger hole than what I needed.

Remember the white areas in the "L" that didn't get completely filled? I decided to point that out to show that smoothing the back of your icing is an important step. If you don't, it will have holes just like mine did. So gently push and smooth the back of your icing with a small, clean spatula to help it settle in the empty areas (see pictures of this at Cake Central). Do this before you cover the back with your final layer of icing.

After smoothing your colored icings, cover the entire back with icing. This is what it looked like before I smoothed it out. 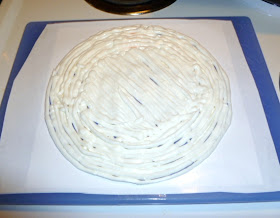 It is recommend covering the back of your FBCT with the same color of your iced cake. Even though I was making a chocolate cake with chocolate icing, and considering the entire FBCT would cover the entire top of my round cake, I figured it wouldn't matter much (which it didn't for this particular case). Otherwise, I would recommend using the same color as well.

After smoothing out the back (la-la-la, Cake Central has pics of this step because I forgot to take), I stuck it in the freezer for overnight. Cutting board and all. Some say you can freeze it for a couple of hours and it will still work, but I love preparing it the night before to let it get nice and stiff.

Since the logo is round, I thought putting it on a round cake would be a great idea. Wouldn't you know, the FBCT fit perfectly. :) I wanted to add the icing trim, but I completely forgot about it until it was too late. But I served it on my glass cake stand and then presented it, as is, to one very happy and grateful hubby!